What in the World Happened to Kamala Harris' Face?

Maybe I'm mistaken, but I was under the understanding that elective cosmetic surgeries were off limits during the coronavirus situation.

I guess that only applies if you're among the common folk. If you're wealthy and have the clout, then you can get some work done.

That must be what Kamala Harris did because it's apparent that she has had something done, but what until you see the results.

I don't know if she was trying to look like the Joker or the smiling mask of the well-known "Comedy and Tragedy" masks. You know the one's I'm talking about. 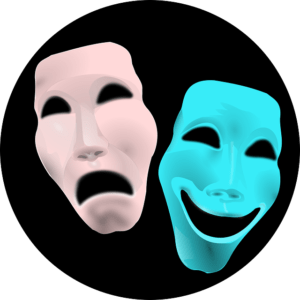 Look at this interview that she did with Al Sharpton and see if her face doesn't look completely messed up.

Thank you @KamalaHarris for joining me tonight on #PoliticsNation to remember the life and legacy of Congressman John Lewis. pic.twitter.com/QCjgsLrqwa

Kamala Harris is probably the most tossed around name when it comes to running mates for Joe Biden in the upcoming election. I imagine that he will be announcing his choice on August 1, 2020 and I wouldn't be surprised if it indeed does turn out to be Kamala Harris.

We've already heard him announce that it's going to be a woman, and Joe being Joe, is also going to try to appeal to as many other demographics that he think will most benefit him which is why he may want to choose Kamala Harris who is a black woman.

Ultimately, whoever he picks is going to hold some power and will likely become the president at some point in time because I don't think that Biden will be able to make it through his term alive or in full mental capacity.

Here's what The Atlantic said about his potential choice,

If Joe Biden wins in November, his running mate could become the most consequential vice president in modern American history. The woman Biden picks could be seen as a potential president-in-waiting, a signal for the Democratic Party’s agenda in the years to come, and perhaps the most significant player trying to help Biden manage a country—and a federal government—in crisis.

Under normal conditions, the presidency and its manifold obligations are already too much for one person to handle. As Barack Obama’s vice president, Biden redefined the office by assuming a level of responsibility that his predecessors never had. If elected, Biden would likely follow a similar model, and potentially expand the authority of a constitutionally insignificant office beyond precedent.

BOOM! Man Takes Justice Into His Own Hands in Chicago After Punk Throws Rocks At His Car (VIDEO)

As the old proverb goes, "violence begets violence". Unfortunately, this is true and we're seeing it lived out today in our country.

The single turning point that started this whole chain of events was the moment when George Floyd was killed after officer Derek Chauvin knelt on Floyd’s neck for nearly eight minutes.

Cancel Culture Sets Eyes on Their Next Target…Human Anatomy

Liberals are still on a mission to erase…well, it seems like they want to erase everything ever.

It seems that anything that has existed in the past is racist, or offensive in some way. That's why rioters are tearing down statues across the country.

Biden: We have Lawyers Going to 'Voter Registration Physicians'

Is Joe Biden okay? Seriously, the former vice president sounds like he should be in a nursing home with 24 hour care!

His cognitive decline was once again made apparent after he said on Monday that his campaign will have lawyers going to “voter registration physicians” on Election Day.

MSNBC’s Joy Reid has become quite the hypocrite. She's living presumptive 2020 Democrat presidential nominee former Vice President Joe Biden a pass on his repeated use of the "N-word" in the 1980s during U.S. Senate hearings, but she has been outraged at others saying it in the past.

On Monday Fox News host Tucker Carlson said The New York Times has a story in the works that will include his home address and accused them of planning to share this information to silence him.

According to The Hill, The New York Times responded and said they have no intention of publishing Carlson's home address.

Some people are a little too enthusiastic about this social distancing thing. You can count this woman with a tape measure among that crowd.

This woman lost her mind when she was not allowed to measure a woman's social distancing. She started kicking and screaming and had to be dragged away by the poor man who probably made the terrible choice to be her husband or boyfriend.