Last week we reported on a story regarding a 15-year-old girl who was expelled from her private Christian school.

The girl's mother said that it was because of a photo of her daughter with a rainbow cake and shirt that had a rainbow on it, essentially making it out like the photo and the cake was the sole reason that she was expelled.

However, the truth is definitely coming out.

Here is the alleged photo that got her expelled: 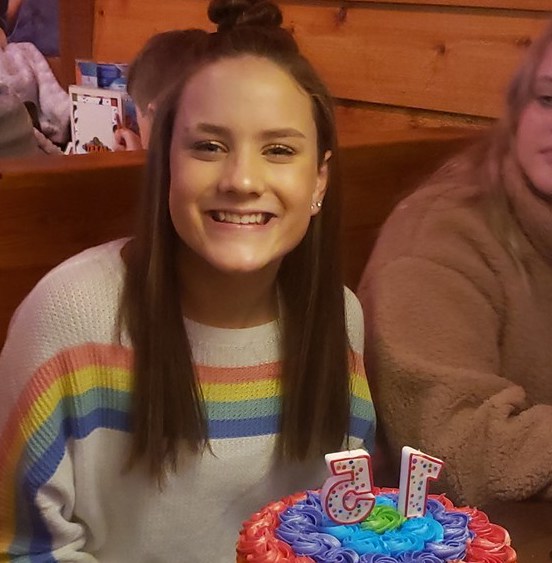 The school said that this photo wasn't the real reason for expelling her. They said that there has been a long history of conduct code violations.

To the Parents of Kayla Kenney,

We are sorry to inform you that due to a continued breach of our school policies and expectations, Kayla is being dismissed from Whitefield Academy, effective today, January 6, 2020. Please see the attached letter which serves as the official notice.

The WA Administration has been made aware of a recent picture, posted on social media, which demonstrates a posture of morality and cultural acceptance contrary to that of Whitefield Academy’s beliefs (see the attached picture). Per our in-person meeting on October 17, 2019, we made it clear that any further promotion, celebration, or any other actions and attitudes that are counter to Whitefield’s philosophy would not be tolerated. As a result, we regret to inform you that Kayla is being dismissed from the school, effective immediately.

Please contact the High School Secretary Lori Fryling with any questions regarding Kayla’s records and transcripts.

Given how the mom portrayed the expulsion as well as the media feeding off of it, the school was forced to issue a statement to clear their name and explain what really happened.

Inaccurate media reports are circling stating that the student in question was expelled from our school solely for a social media post. In fact, she has unfortunately violated our student code of conduct numerous times over the past two years. In the fall, we met with the student to give her a final chance to begin to adhere to our code of conduct. Unfortunately, she did not live up to the agreement, and therefore, has been expelled.

Whitefield Academy is a Christian-based school with a 43-year history of educating students in a learning environment informed by our shared Christian values. All parents who enroll their children in our private school know upfront that we ask the students to adhere to a lifestyle informed by our Christian beliefs. There are numerous school options in our community for students who do not wish to attend a Christian-based school, and we wish our former student all the best as she finds a learning environment that is right for her.

Whitefield Academy is accredited by ACSI/AdvancEd and a member of the Non-Public School Commission of Kentucky, and therefore we meet all Kentucky regulations and laws. Our code of conduct is on par with other private Christian schools in our area. It is unfortunate that one of the student’s parents chose to post internal family matters on social media, and we hope our former student is not adversely affected by what her parents chose to make public about her situation.

It's also been reported that Kenney was caught vaping on campus and that she is actively living a homosexual lifestyle as a lesbian.

But is there any evidence of that? Yep, take a look. 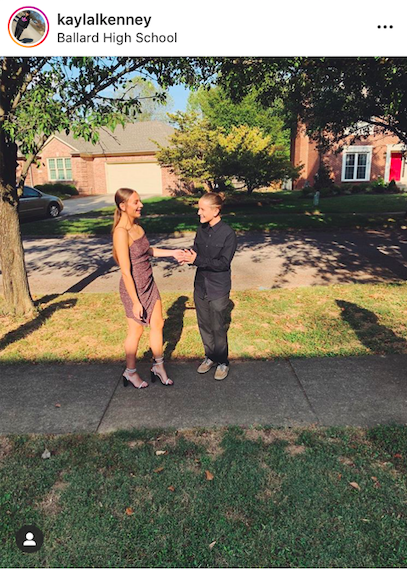 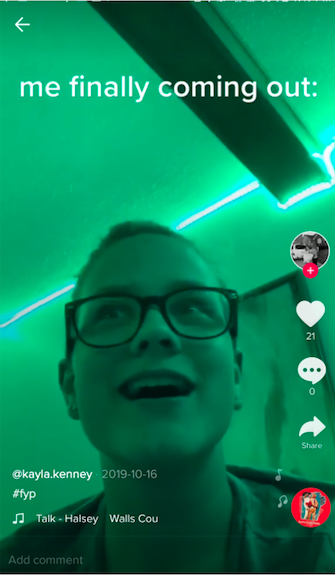 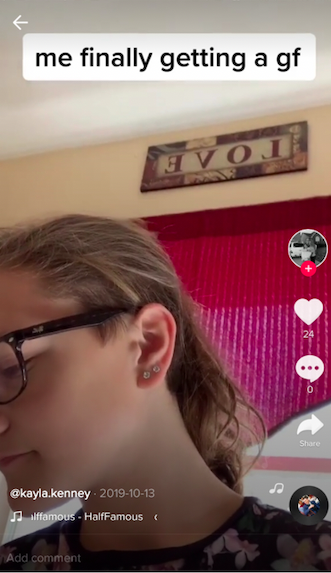 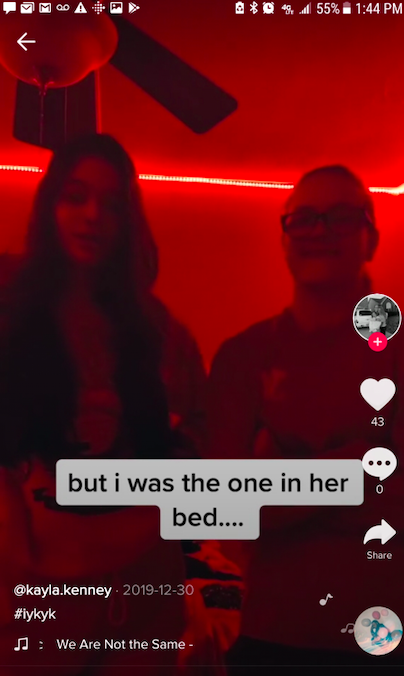 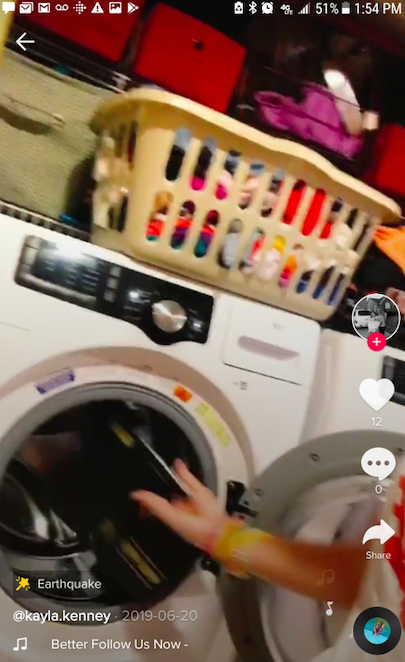 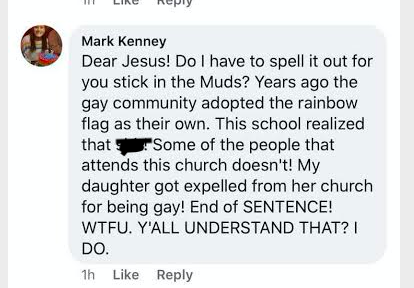 When Kayla and her parents joined the school they agreed to adhere to the Christian values that the school espouses.

So this isn't about a girl who was the victim, she repeated violated the school's code of conduct. She got what she deserved.