New numbers were recently released from the CDC showing the latest statistics regarding the coronavirus between the dates of February 1, 2020, and April 22, 2020.

I'll be quite honest. It's getting tougher and tougher to determine what is accurate anymore and more difficult to believe the "experts" on the matter.

Think about what they were telling us initially how they were estimating that 2.2 million Americans would die from the virus. Today that number is less than 70,000. This number, if it comes to fruition will be lower than the number of people who die from pneumonia this year.

I'm not denying the virus can be deadly. I actually do know someone who nearly died from it, but he's doing better now. I know it's killing people, but we have official data from the CDC that proves that more people are dying from pneumonia than they are from the coronavirus. 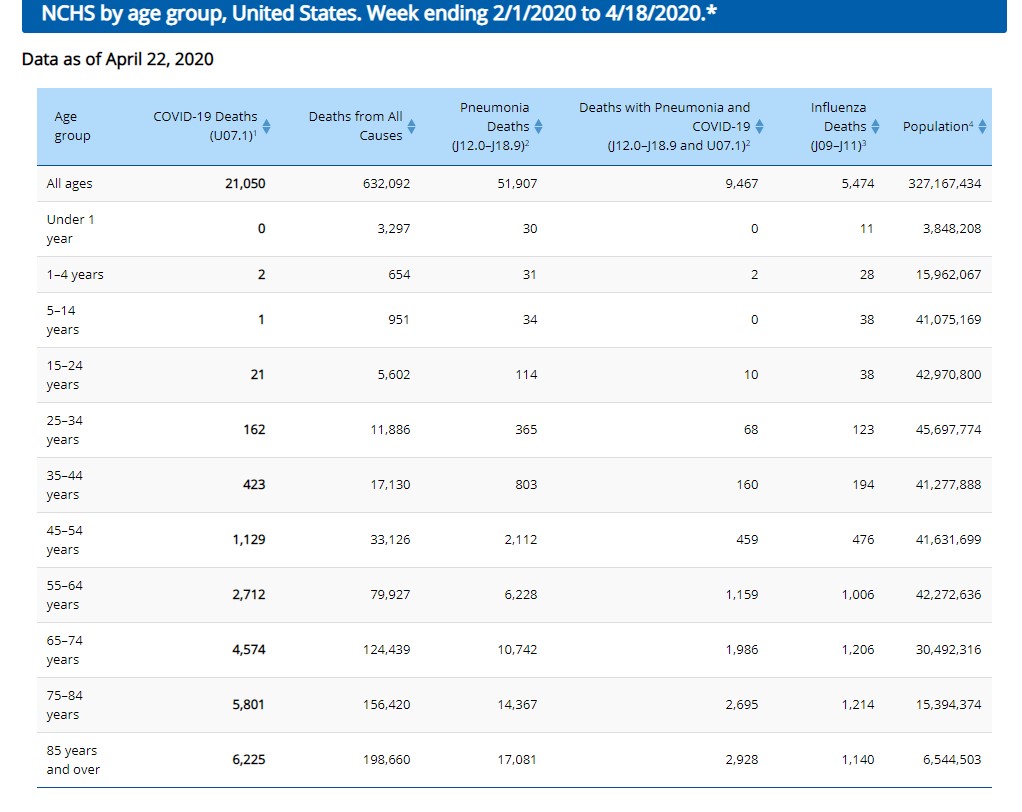 It's just difficult to see the justification for shutting down the greatest economy in the world after seeing these numbers. I think it's time we end this and get back to our everyday lives.

It's also worth noting that all 3 of those children under the age of 15 years old were all from New York City and had other serious health conditions.

Here's another important chart to look at. This shows the total mortality rates of those who contracted COVID-19. 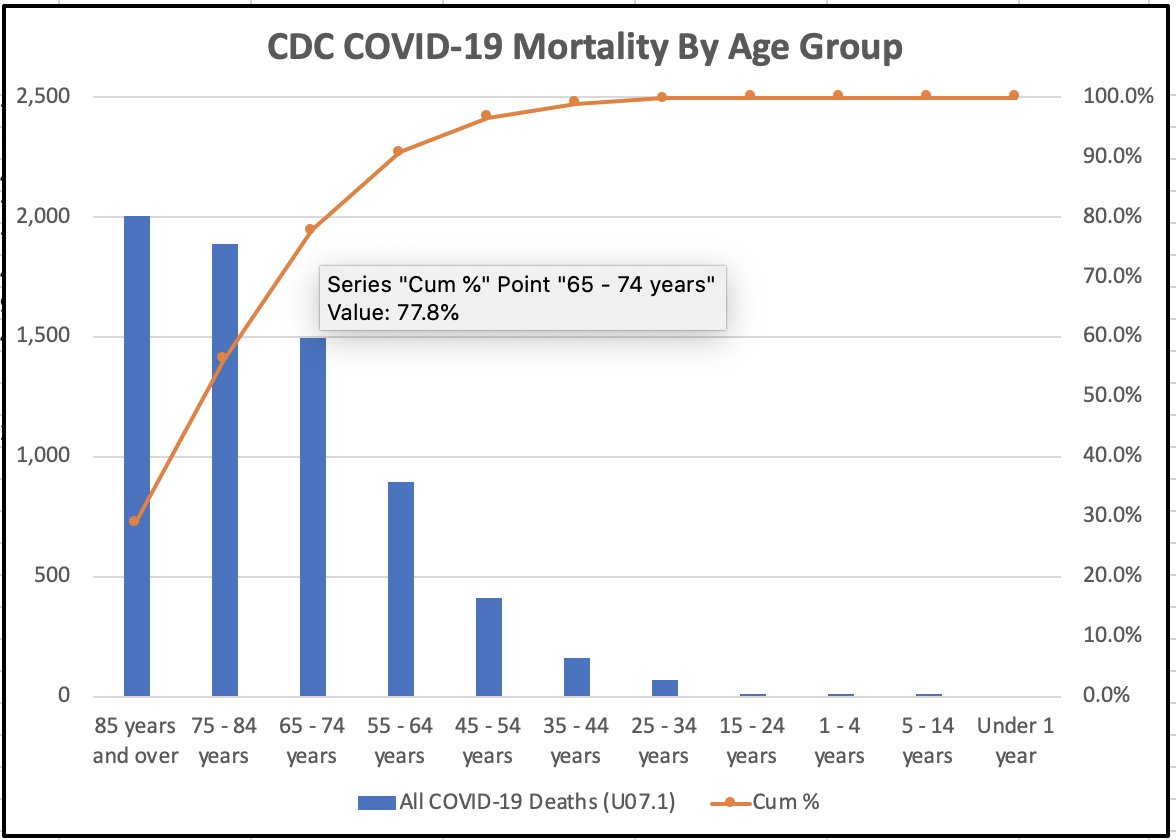 Compare that chart to that of the chart showing the normal mortality rate based on age for deaths for any reason. 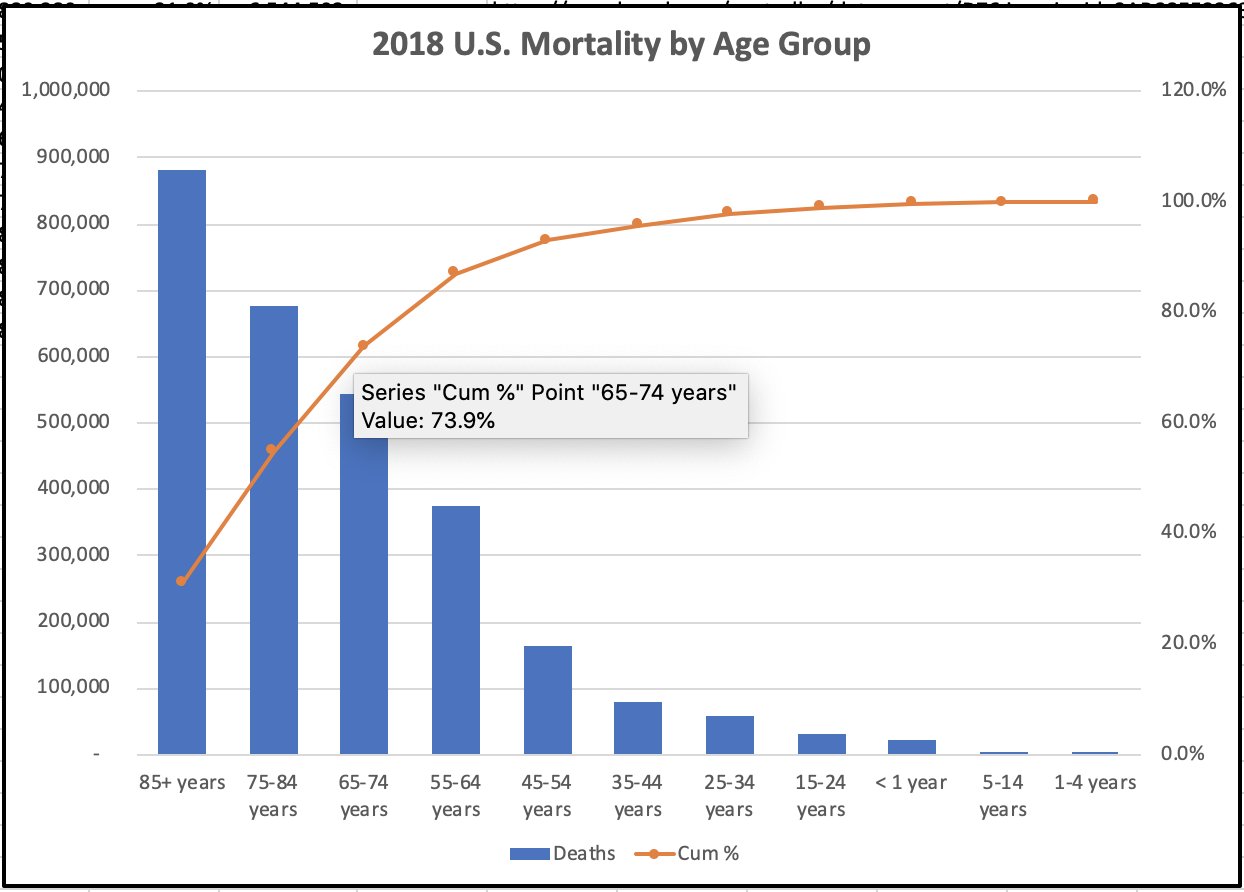 I find the numbers and how they match up very closely to be very interesting. It's something that I've been curious about the entire time, that is to say, would these people who are supposedly dying from the virus have died anyway?

Maxine Waters has been one of the vilest and outspoken opponents of President Trump.

However it seems like she can dish it, but she can't take it, because after getting some insults thrown her way, she's begging people to stop.

Journalist John Solomon from Just The News has really been one of America's greatest investigative journalists over the recent years. He has managed to uncover some news and gain access to resources that others can't seem to get their hands on.

One such document that Solomon was able to obtain was a letter from last year from House Intelligence Committee Chairman Adam Schiff.

Stop the Panic, End the Lockdown

While COVID-19 has taken lives, we cannot allow it to ruin the lives of those still living…which FAR outweighs the number of deaths.

The fact of the matter is that most people will not catch the virus. As the numbers continue rolling in, we see that it is comparable to the flu. Thousands die from the flu every year, while many people have never even caught it once in their lifetime. I am 26 years old and I've never had it once.

Pompeo: 'We May Never Fund' the WHO Again

President Donald Trump has done an amazing job at putting America first and removing our country from toxic treaties, deals, and funding.

He recently pulled the funding for the World Health Organization (WHO), which has only lied to the world and operated for their own benefit.