The U.S. Immigration and Customs Enforcement (ICE) provided a huge amount of money to a nonprofit for migrant detention at six hotels. According to the Department of Homeland Security, $17 million “went largely unused.” 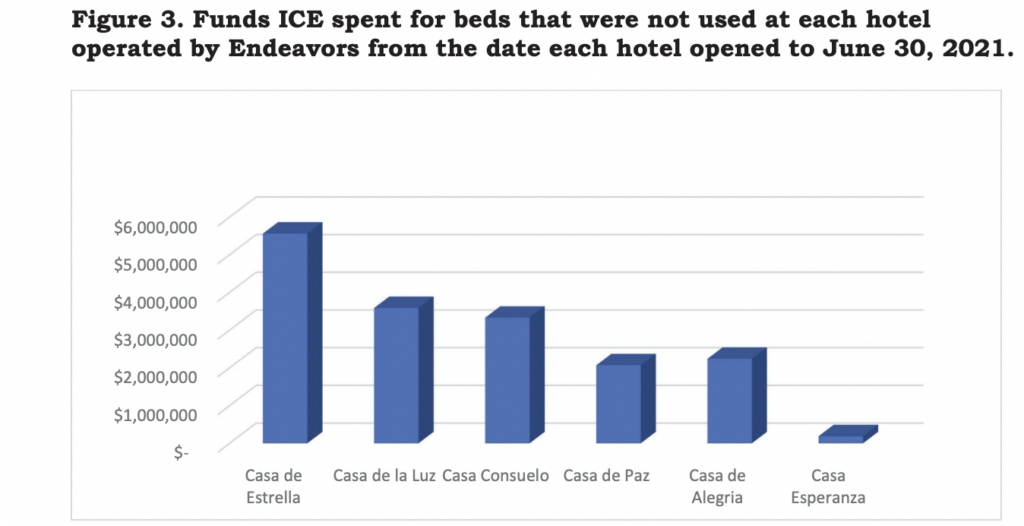 According to an inspector general report, ICE has been using hotels to house detained families since 2001.

ICE entered a federal contract with the nonprofit Endeavors for $86.9 million over six months. The funds were designated for 1,239 beds and other hotel services in Texas and Arizona.

A Texas nonprofit with ties to Biden was awarded two no-bid contracts worth $600 million for handling migrants.

I'm asking for more information why @HHSGov and @ICEgov unilaterally awarded these contracts to Family Endeavors.https://t.co/ue7YJqLyrW

“ICE did not adequately justify the need for the sole source contract to house migrant families and spent approximately $17 million for hotel space and services at six hotels that went largely unused between April and June 2021,” the report found. “ICE’s sole source contract with Endeavors resulted in millions of dollars spent on unused hotel space.”

The report also discovered that Endeavors did not test for COVID-19 and did not follow “ICE standards to ensure proper care.”