Some damning evidence has come to light during the Democrats' attempt at a coup against President Trump. We continually see the Democrats trying to nail Trump on something but all they keep doing is showing their backsides each time.

Things are constantly blowing up in their faces, especially Joe Biden and Hunter Biden due to the Ukraine scandal.

It's been reported that Hunter Biden received many "off the books" payments from Burisma which total in the millions of dollars.

New documents have been leaked from the Ukrainian General Prosecutor’s office which was acquired from intelligence sources in Ukraine as part of an investigation into Biden's corruption.

According to The Gateway Pundit,

Joe Biden bragged about getting Viktor Shokin fired during a 2018 speech to the Council on Foreign Relations.

The media immediately covered for Biden and said his targeting of Mr. Shokin was totally unrelated to the prosecutor’s corruption investigation into Hunter and Burisma Holdings.

Among the information leaked is the following:

BURISMA HOLDINGS LIMITED during a period from 18th November 2014 to 16th November 2015 transacted 45 money transfers through MORGAN STANLEY SMITH BARNEY LLC in the sum of 3.5 mln US Dollars. The recipient of the money transfer is the company Rosemont Seneca Bohai LLC (belongs to Devon Archer). 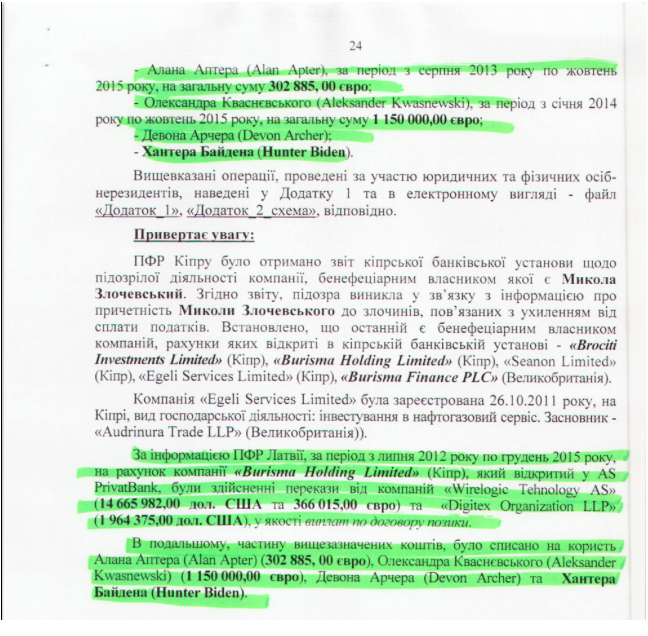 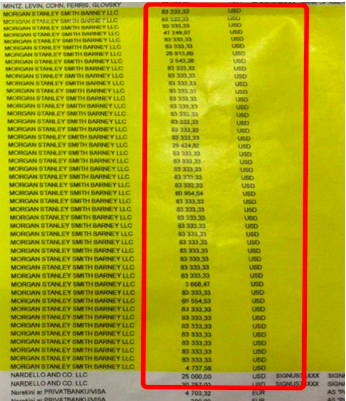