Imagine the outrage when parents found out that one of the teachers at their child's middle school gave the students a test that included a very hateful, biased comment on the actual test. 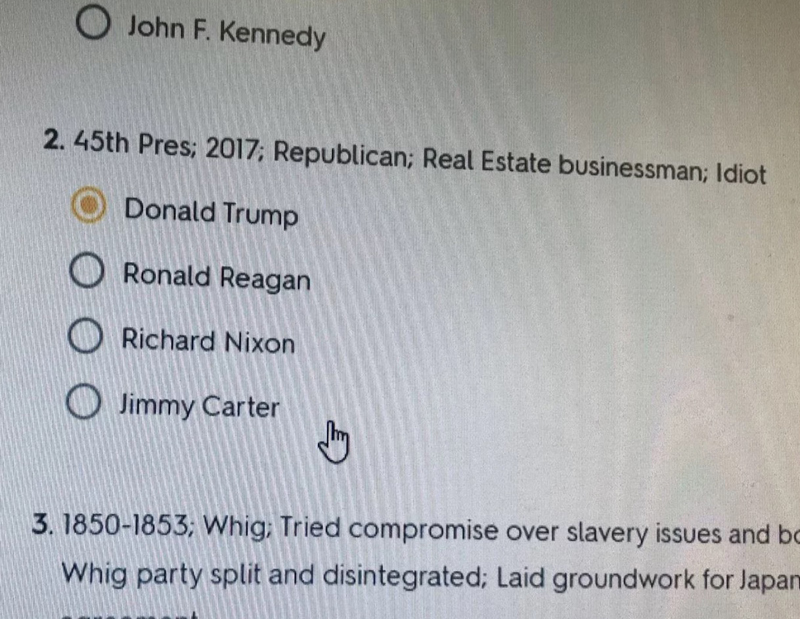 One father said, “This was an actual question on my daughter's middle school test today. Going to raise some hell with the principal. Indoctrination will not continue.”

A spokesperson for the Palm Beach County School Board tells The Todd Starnes Radio Show that the incident is under investigation. They provided me with a letter that was mailed to every parent at the school.

“The question was inappropriate and demonstrated an unacceptable lack of good judgment on the part of the teacher,” Principal Philip D’Amico told parents.

The teacher has been reassigned pending the outcome of the investigation.

“I apologize for this incident and for the offensive verbiage used in the question,” the principal wrote to parents.

Folks, I write about the anti-Trump hatred that has infested our public schools in my new book, “Culture Jihad: How to Stop the Left From Killing a Nation.”

It’s time to put a stop to this nonsense.

Here is a prime example of why I'll never send my child to a public school. Government schools are going to indoctrinate your children whether you like it or not. You may think that you'll just "undo" whatever negative the school does, but that's not reality.

You can't send your children to Caesar and expect them to not come back a Roman.

At this point, they are teaching that our President is an idiot, teaching elementary children about sex education which includes how to put a condom on properly, transgender history, and many other absurd topics that they don't need to be learning about, at least not from the government.